I have a confession to make – I have a ridiculously large stash of yarn in my loft. When I say large, I really mean large – at the moment it fills 10 stacking boxes, a bin bag, and a big crate. In my defence, I didn’t buy most of it. I live in the town where Patons’ yarns were originally produced, and when the mill closed down my mum bought up loads of the stock. As she doesn’t knit much, I took at lot of it off her hands. Then other people found out that I knit, and offered me their excess stash. Then there’s Freecycle, charity shops, etc etc – the stash just keeps growing!

Over on Ravelry there’s a thread where people are flashing their stash, posting a photo of the whole thing altogether. I couldn’t do that without some major reshuffling, but I decided to have a look in the boxes and see if I could actually use some of it. As it happened, I found five big 250g balls of baby acrylic yarn, which I had bought when Aldi was doing a craft offer. I’ve knitted in the past for the charity Bonnie Babies, so I decided to use up the yarn by making some clothes for them. 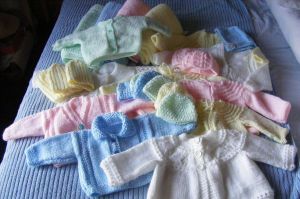 For those who haven’t heard of them, Bonnie Babies are a brilliant Scottish charity who make clothes for premature babies in hospitals, as well as blankets and burial garments for the little ones who sadly don’t make it. They send to hospitals all over the UK, to a neonatal unit in Rwanda, and to Blythswood Care as well. They’re being supported by John Lewis in Edinburgh and Glasgow, so if you’re in the area you might see their patterns and information on display in the stores. I dug out some premature sized patterns and got knitting, starting on May 11. I finished the last ball today (well, I cheated a bit – about 75g of the white was so tangled up that I threw it away) so that’s almost 1250g of yarn used in less than a month! 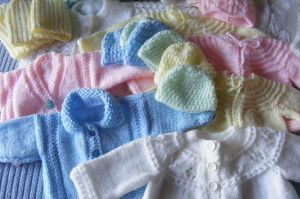 Now I’m going to finish up my other projects currently on the go, and I also have a baby gift to make for a little boy who was born the other day. Then I’ll have a look through the stash and see if I can clear some more out of the way – leaving me room to buy more of course! 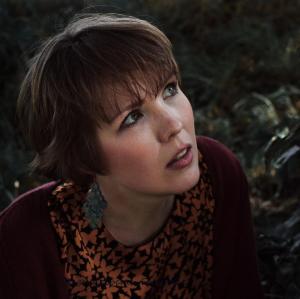 It's been a while since I've posted anything on my grid. Life has been a series of long exhausting shifts, days out with the kids, and endless housework. Yesterday I managed to get almost two precious hours to sew at naptime, and made this little set for the girls' baby doll. The pattern is @simplicitymccallsuk #simplicity8820 and the cotton poplin and jersey are from @poundfabrics . This was surprising fiddly to sew, not helped by racing against the clock, and was promptly removed by the toddler who prefers all dolls to be naked 🙄
Working on some speedy projects to use up stash, like these crocheted storage baskets. The yarn is @paintboxyarns Recycled T-Shirt yarn, and I used a 10mm hook. They were a bit hard on the hands, but I really like the finished look.
New t-shirt day! The jersey fabric is from @clarabelle_fabrics , pattern is the Jelly Shirt by @puperita , cheesy grin is model's own 😁
Not the prettiest picture, but I'm so happy with all of these outfits! I've been slowly making Amber a next size up wardrobe, and starting to think about what items will match each other. I've tried to create a capsule wardrobe, so mostly everything will go with everything else. Patterns are the @wavesandwild children's Heyday Dungarees, Double Trouble Joggers and the Lightning Leggings, and the @puperita Jelly Shirt. Fabric is from @minervadotcom @caboodletextiles @fredandbearuk and @poundfabrics
My husband doesn't use Instagram so I can safely post this - his Father's Day present this year. I absolutely love @juliefletcherillustrates work, and I adore this little portrait that she's done of my two tiny ones.
Life is hectic at the moment, and I've been too exhausted to find time for crafting. Thankfully I worked a shift in @the_leith_collective the other day, and managed to finish this sweater in between customers. It's another @tincanknits Strange Brew, using @lionbrandyarn Mandala. Wishing I had the energy of my little model!
%d bloggers like this:
%d bloggers like this: